Too Many Tamales (Hardcover)

Christmas Eve started out so perfectly for Maria. Snow had fallen and the streets glittered. Maria's favorite cousins were coming over and she got to help make the tamales for Christmas dinner. It was almost too good to be true when her mother left the kitchen for a moment and Maria got to try on her beautiful diamond ring . . .

This is the story of a treasure thought to be lost in a batch of tamales; of a desperate adn funny attempt by Maria and her cousins to eat their way out of trouble; and the warm way a family pulls together to make it a perfect Christmas after all.

Born in Fresno, California to Mexican American parents, Gary Soto learned the hard work ethic through his share of chores, including mowing lawns, picking grapes, painting house numbers on street curbs, and washing cars. His hard work paid off at California State University at Fresno, from which he graduated with an English degree, and later at the University of California at Irvine, where he earned a Masters of Fine Arts in Creative Writing.

Gary Soto is an acclaimed poet, essayist, and fiction writer. The awards for this multi-talented author are many, ranging from the U.S. Award for International Poetry Forum in 1977 for his first published book of poetry, The Elements of San Joaquin, to a Before Columbus Foundation American Book Award in 1985 for Living Up the Street, his first published work of prose recollections. His short story collection Baseball in April, was named an American Library Association's Best Book for Young Adults. In 1993 Gary Soto received the Andrew Carnegie Medal for Excellence in Children's Video for Pool Party, and in 1995 he was nominated for a National Book Award.

His other credits include fellowships from the Guggenheim Foundation, the National Endowment for the Arts, and the California Arts Council. Gary Soto is also one of the youngest poets to appear in the Norton Anthology of Modern Poetry. Several of his books have been translated into French, Spanish and Italian.

Too Many Tamales was named a Booklist Books for Youth Editors' Choices of 1993. Hazel Rochman of Booklist said, "Gary Soto is an accomplished poet and adult writer, and his children's stories are widely popular. His first entry into the picture book genre is a joyful success."

When he is not writing, Mr. Soto serves as a volunteer English teacher at his church. He also enjoys eating at new restaurants, which he does often with his wife, Carolyn, and their daughter Mariko. Other members of the Soto household include their two cats, Corky and Sharkie. The Soto family resides in Berkeley, California.

"A warm family story that combines glowing art with a well-written text to tell of a girl's dilemma." --School Library Journal, starred review

"A mini-drama rendered so acutely that anyone who has lost something special will respond." --The Bulletin of the Center for Children's Books

END_OF_DOCUMENT_TOKEN_TO_BE_REPLACED 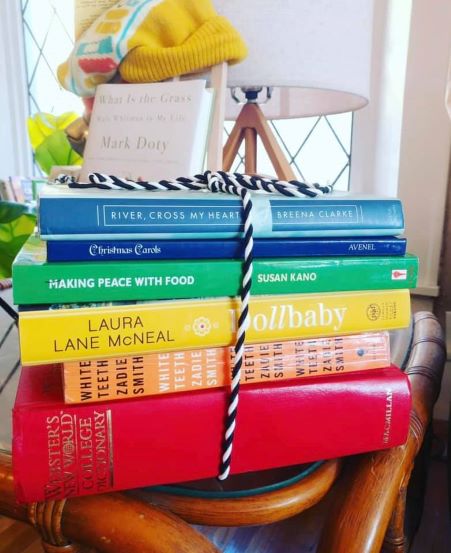