Caste (Oprah's Book Club): The Origins of Our Discontents (Hardcover)

The Pulitzer Prize–winning, bestselling author of The Warmth of Other Suns examines the unspoken caste system that has shaped America and shows how our lives today are still defined by a hierarchy of human divisions.

“As we go about our daily lives, caste is the wordless usher in a darkened theater, flashlight cast down in the aisles, guiding us to our assigned seats for a performance. The hierarchy of caste is not about feelings or morality. It is about power—which groups have it and which do not.”

In this brilliant book, Isabel Wilkerson gives us a masterful portrait of an unseen phenomenon in America as she explores, through an immersive, deeply researched, and beautifully written narrative and stories about real people, how America today and throughout its history has been shaped by a hidden caste system, a rigid hierarchy of human rankings.

Beyond race, class, or other factors, there is a powerful caste system that influences people’s lives and behavior and the nation’s fate. Linking the caste systems of America, India, and Nazi Germany, Wilkerson explores eight pillars that underlie caste systems across civilizations, including divine will, bloodlines, stigma, and more. Using riveting stories about people—including Martin Luther King, Jr., baseball’s Satchel Paige, a single father and his toddler son, Wilkerson herself, and many others—she shows the ways that the insidious undertow of caste is experienced every day. She documents how the Nazis studied the racial systems in America to plan their outcasting of the Jews; she discusses why the cruel logic of caste requires that there be a bottom rung for those in the middle to measure themselves against; she writes about the surprising health costs of caste, in depression and life expectancy, and the effects of this hierarchy on our culture and politics. Finally, she points forward to ways America can move beyond the artificial and destructive separations of human divisions, toward hope in our common humanity.

Original and revealing, Caste: The Origins of Our Discontents is an eye-opening story of people and history, and a reexamination of what lies under the surface of ordinary lives and of American life today.

Isabel Wilkerson, winner of the Pulitzer Prize and the National Humanities Medal, is the author of the critically acclaimed New York Times bestseller The Warmth of Other Suns, which won the National Book Critics Circle Award for Nonfiction and was named to Time’s 10 Best Nonfiction Books of the 2010s and The New York Times Magazine’s list of the best nonfiction books of all time. She has taught at Princeton, Emory, and Boston Universities and has lectured at more than two hundred other colleges and universities across the United States and in Europe and Asia.

“Magnificent . . . a trailblazing work on the birth of inequality . . . Caste offers a forward-facing vision. Bursting with insight and love, this book may well help save us.”—O: The Oprah Magazine

“This book has the reverberating and patriotic slap of the best American prose writing. . . . Wilkerson has written a closely argued book that largely avoids the word ‘racism,’ yet stares it down with more humanity and rigor than nearly all but a few books in our literature. . . . It’s a book that changes the weather inside a reader.”—Dwight Garner, The New York Times

“A surprising and arresting wide-angle reframing . . . Her epilogue feels like a prayer for a country in pain, offering new directions through prophetic language.”—Bilal Qureshi, The Washington Post

“A transformative new framework through which to understand identity and injustice in America.”—Justin Worland, Time

“Magisterial . . . Her reporting is nimble and her sentences exquisite. But the real power of Caste lies tucked within the stories she strings together like pearls. . . . Caste roams wide and deep, lives and deaths vividly captured, haloed with piercing cultural critique. . . . Caste is a luminous read, bearing its own torch of righteous wrath in a diamond-hard prose that will be admired and studied by future generations of journalists.”—Hamilton Cain, Minneapolis Star Tribune

“Brave, clear and shatteringly honest in both approach and delivery . . . Extrapolating Wilkerson’s ideas to contemporary America becomes an unsettling exercise that proves how right she is and how profoundly embedded into society the caste system is. . . . Her quest for answers frames everything and acts as the perfect delivery method for every explanation.”—Gabino Iglesias, San Francisco Chronicle

“Caste draws heavily on the powerful mingling of narrative, research, and visionary, sweeping insight that made Wilkerson’s The Warmth of Other Suns the definitive contemporary study of African Americans’ twentieth-century Great Migration from the Jim Crow South to northern, midwestern, and western cities. It deepens the resonance of that book (a seemingly impossible feat) by digging more explicitly into the pervasive racial hierarchy that transcends region and time.”—Steve Nathans-Kelly, New York Journal of Books

“Caste will spur readers to think and to feel in equal measure.”—Kwame Anthony Appiah, The New York Times Book Review

“Wilkerson’s book is a powerful, illuminating and heartfelt account of how hierarchy reproduces itself, as well as a call to action for the difficult work of undoing it.”—Kenneth W. Mack, The Washington Post

“Should be required reading for generations to come . . . A significant work of social science, journalism, and history, Caste removes the tenuous language of racial animus and replaces it with a sturdier lexicon based on power relationships.”—Joshunda Sanders, The Boston Globe

“[Caste] should be at the top of every American’s reading list.”—Jennifer Day, Chicago Tribune

“An expansive interrogation of racism, institutionalised inequality and injustice . . . This is an American reckoning and so it should be. . . . It is a painfully resonant book and could not have come at a more urgent time.”—Fatima Bhutto, The Guardian

“Full of uncovered stories and persuasive writing . . . Opening up a new bank of language in a time of emboldened white supremacism may provide her readers with a new way of thinking and talking about social injustice. . . . A useful reminder to India’s many upper-caste cosmopolitans . . . that dreams of resistance are just one part of the shared inheritance of the world’s oldest democracy, and the world’s largest.”—Supriya Nair, Mumbai Mirror

“It is bracing to be reminded with such precision that our country was built through genocide and slavery. But Ms. Wilkerson has also provided a renewed way of understanding America’s longest, fiercest trouble in all its complexity. Her book leaves me both grateful and hopeful. I gulped it down.”—Tracy Kidder, Pulitzer Prize–winning author of Mountains Beyond Mountains

“Like Martin Luther King, Jr. before her, Isabel Wilkerson has traveled the world to study the caste system and has returned to show us more clearly than ever before how caste is permanently embedded in the foundation and unseen structural beams of this old house called America. Isabel Wilkerson tells this story in prose that is so beautiful, the only reason to pause your reading is to catch your breath. You cannot understand America today without this book.”—Lawrence O’Donnell

“Similar to her previous book, the latest by Wilkerson is destined to become a classic, and is urgent, essential reading for all.”—Library Journal (starred review)

“This is a brilliant book, well timed in the face of a pandemic and police brutality that cleave along the lines of a caste system.”—Booklist (starred review)

END_OF_DOCUMENT_TOKEN_TO_BE_REPLACED 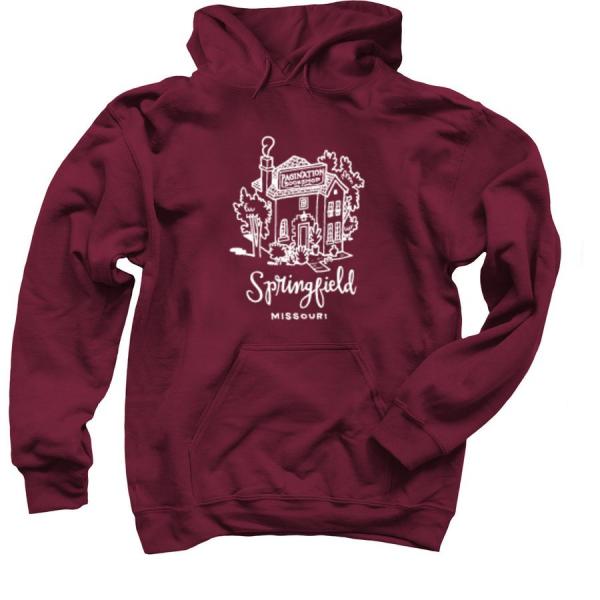