A new edition of the classic New York Times bestseller edited by Toni Morrison, offering an encyclopedic look at the black experience in America from 1619 through the 1940s with the original cover restored.

“I am so pleased the book is alive again. I still think there is no other work that tells and visualizes a story of such misery with seriousness, humor, grace and triumph.”—Toni Morrison

In 1974, Middleton A. Harris and Toni Morrison led a team of gifted, passionate collectors in compiling these images and nearly five hundred others into one sensational narrative of the black experience in America—The Black Book. Now in a newly restored hardcover edition, The Black Book remains a breathtaking testament to the legendary wisdom, strength, and perseverance of black men and women intent on freedom. Prominent collectors Morris Levitt, Roger Furman, and Ernest Smith joined Harris and Morrison (then a Random House editor, ultimately a two-time Pulitzer Prize–winning Nobel Laureate) to spend months studying, laughing at, and crying over these materials—transcripts from fugitive slaves’ trials and proclamations by Frederick Douglass and celebrated abolitionists, as well as chilling images of cross burnings and lynchings, patents registered by black inventors throughout the early twentieth century, and vibrant posters from “Black Hollywood” films of the 1930s and 1940s. Indeed, it was an article she found while researching this project that provided the inspiration for Morrison’s masterpiece, Beloved.

A labor of love and a vital link to the richness and diversity of African American history and culture, The Black Book honors the past, reminding us where our nation has been, and gives flight to our hopes for what is yet to come. Beautifully and faithfully presented and featuring a foreword and original poem by Toni Morrison, The Black Book remains a timeless landmark work.

“A friend introduced me to Middleton (Spike) Harris [a retired city employee], who became the chief author of the project. His collection of black memorabilia is extensive and his passion for the subject as intense as it is thorough. . . . His friend Morris Levitt, a retired public-school teacher and amateur black sports enthusiast, joined Harris on the project. So did Roger Furman, an actor and director of New York’s black New Heritage Repertory Theater. Finally, Ernest Smith [a collector of black memorabilia since he was fourteen] also joined. . . . All of these men have one thing in common: an intense love for black expression and a zest wholly free of academic careerism.”—Toni Morrison, in “Rediscovering Black History,” The New York Times

Toni Morrison was the author of award-winning works of fiction, nonfiction, and children’s literature. Her fifth novel, Beloved, earned her the Pulitzer Prize in 1998. She received the National Book Critics Circle Award and was awarded the Nobel Prize for Literature. She died in August 2019.

“An incredible testament to the strength, character, and endurance of a people . . . Especially in these historic times, I can think of no better way to celebrate African American achievement than through a retrospective look at our history—painful and pleasurable—our shared experiences and our successes. This is a book no American—black or white—can afford to ignore.”—Cornel West

“A terrible error grew as humans spread out around the globe from our common ancestors in Southern Africa: Race became a source of division and hierarchy instead of the minor adaptation to climate it truly was. The Black Book records some of the everyday suffering and wisdom that this false hierarchy has caused. There is not a member of the human family on earth who cannot learn from it.”—Gloria Steinem

“The Black Book is an important document of American history that defines a people’s strength, hope, and perseverance. By honoring the past, Toni Morrison’s remarkable book sheds light on the present, and shows the unlimited potential for the future.”—Gay Talese

“I first read The Black Book as a young man, sneaking it out of my dad’s library. It is appropriate that it should be returned to the world of publishing as we consider Morrison’s legacy, and the many dimensions of the much deserved monument we now seek to erect in her honor.”—Ta-Nehisi Coates

“I remember first coming across this book as a child and understanding even then that I was holding in my hands a majestic miracle that managed to beautifully, painfully, and accurately convey both the tragedy and the triumph of four hundred years of the black experience. I am so grateful that a new generation will get the opportunity to feel what I felt.”—Nikole Hannah-Jones

END_OF_DOCUMENT_TOKEN_TO_BE_REPLACED 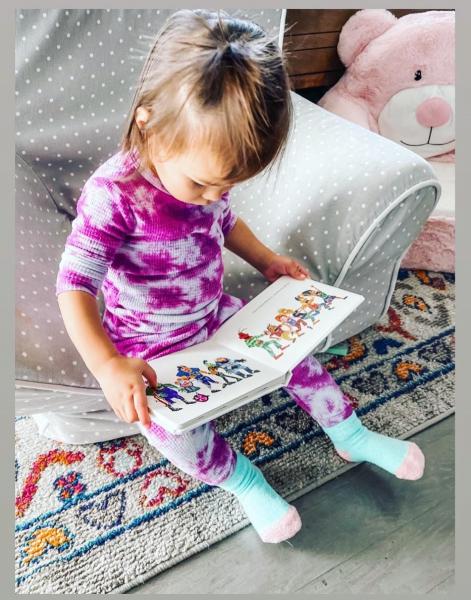